Nathan Armstrong is an architect based in Limavady with over two decades of experience. Having worked in Scotland, Japan and Northern Ireland through his career, he has a rarely acquired palette of ideas, expertise and understanding of the local and mainland UK construction industry.

On both domestic or commercial projects he has an eye for detail and designing for a sense of place.

His work has been featured in various publications including the Sunday Times Homes, Royal Society for Ulster Achitect’s journal, various UK selfbuild magazines and the BBC House of the Year 2012 series for the conversion of Tattykeeran Church in Fermanagh. 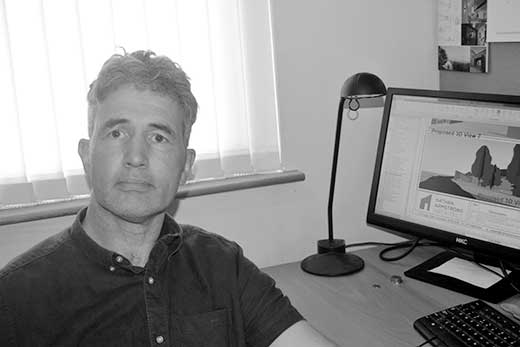 Nathan Armstrong Graduated from Dundee Duncan of Jordanstone College of Art with an honours degree in Architecture in 1994.

The benefit of international experience brings a distinct breadth and originality to his designs. Follow the link below for examples of work in Japan, Scotland, Africa and the Middle East.